This Week’s Episode: How to Target Narrative Generation

Evidence shows that using literacy-based therapy to target narratives with preschoolers not only makes sense, but it really helps to set them up for literacy success in the future. Which brings us to this month’s focus: embedding narrative-based skills. Last week we focused on answering questions, sequencing, describing, and story retell with our preschoolers.  As I was digging through the research, I was more and more convinced that story retell is something that makes sense to work towards!

This week we’re going to use explicit instruction to target answering questions about story grammar elements, practice retelling the story, and then work on narrative generation with our early elementary students.  We are going to target those skills by reading A Camping Spree with Mr. McGee and provide visual support with our story grammar organizer. 🏕 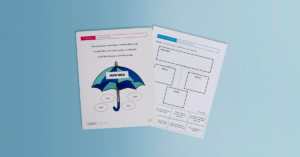 #133: Strategies You Can Use: Summarizing 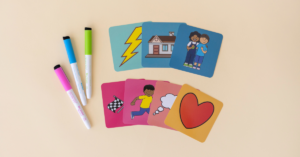 #132: Strategies You Can Use: Narratives 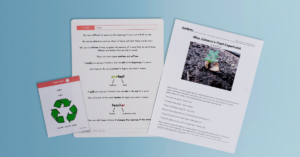 #131: Strategies You Can Use: Affixes