#019: How to Navigate Scheduling

This week is Part 2 of rocking your school year as an SLP. We’ve already talked about setting up your data collection + caseload, tackling some potential mindset trolls, and other strategies for success in your first week, so today is about how to navigate scheduling. 😍

This episode is a quick listen but it’s jam-packed with strategies + suggestions for creating a therapy schedule that a) works, b) keeps you sane, and c) leaves everyone happy.

So, grab your beverage + footwear of choice and listen in! (I’ll have a chai latte and my cozy socks!)

– Marisha’s four-step process for planning a scheduling party
– Using a poster board + sticky notes
– Creating groups of students
– Inviting teachers + helping them prepare
– Having the party!

Links Mentioned in the Podcast

Are you subscribed to the podcast? If you’re not, please subscribe today to get the latest episodes sent directly to you! Click here to subscribe in iTunes!

Bonus points if you leave us a review over on iTunes! Those reviews help other SLPs find the podcast, and I love reading your feedback! Just click here to review, select “Ratings and Reviews” and “Write a Review,” and let me know what your favorite part of the podcast is.

Dive into all things scheduling. The basic premise of the scheduling party is ... So I was starting as a first year SLP, in the schools and I had zero experience in the schools whatsoever. I was starting with a completely blank slate. I decided last minute that that's where I wanted to work. That was where I needed to be, but I had all medical experience before. And I knew how big of a headache scheduling could be, and so I reached out to the SLPs of my district. And one of them ... It was her last year, she was about to retire. But she was like, "Marisha, you have to do a scheduling party. I've been scheduling this way for years. It works wonderfully," and she was right. I've shared this with so many SLPs since then because it's fun. It's easy. It just starts the school year off on a really strong note and it's just ... I don't know, it just works so well.

I've tried it in different schools and different states. All the teachers have responded well to it. I've been in a variety of schools, like I've always been ... It's been like title 1 and all sorts of different things, but it works well across all of those settings. And I don't know as much because this has been with like single teachers, like elementary school. Some people have tried it with middle and high school, but I haven't done that personally so I can't speak as much to that. You might want to adjust the approach a little bit. But the premise is that I draw out a big poster board calendar, and I just put all of my time slots and I use sticky notes to block off the times that I know that I'm going to be working with certain students. So like in my first year, I was working in the autism preschool and I needed to have blocks of time to be in that classroom.

So I just went ahead and blocked that off. I also blocked off ... Like I gave myself a lunch. I didn't always take the actual lunch, but I wanted to at least give myself a chance to have that. And then also I just had been some of like my built in blocks of time, and you can decide how much paperwork time you need or whatever, but you can build that into this calendar. And it's nice because then it's transparent for the teachers. Then they see, Oh, because we usually give ourselves less time than they get for planning. So it helps with that transparency of like, "Oh, my goodness. You just take like 30 minutes in the morning," or you only take a couple hours a week. And then there's a little bit of understanding behind that. So, but then what I do is I create sticky notes for all of my different groups, and you can color code them or get as fancy as you want.

I just kept it simple. I just had one pack of sticky notes and I used that. But then I wrote the student's names on ... Like the students that I wanted to put in a group, they went on one sticky note. So I prepped those sticky notes ahead of time, and I picked the size of sticky notes that matched with the amount of time that I needed to see the students. So like the sticky note was the same size as the 30 minute block of time. So, you'll just want to make sure that you adjust that as you're setting that up. But then I put all the sticky notes together, and I sent the teachers a letter saying like these are the students that I'm seeing from your classroom. I would like to see ... Please bring your plan book, and think about some times that you would like me to see your students ... And then we would have a scheduled time to do the scheduling party.

And I always did this before school. I just brought some donuts and coffee. I had a strict rule like if I said 8:00, no one puts a sticky note down until 8:00. And that was just to avoid the teachers that would try and come in at like 7:45, just to make it fair. But then at 8:00 the teachers would get ... They'd come prepared, they know what times would work for them and they were ready to go. And then they would just put their sticky notes on the spot that they wanted and then they would go. And like it was always done in like three minutes time. It was super fast. They'd just go stick, stick, stick, and then schedule is made. Everyone's happy. Everyone got to pick their time, and that was it. So easy. So simple.

Not a big deal at all. So I will share the template here, and so you can take a look at the different components. I think I can switch the share here. Actually, I will let you guys look at it because I don't want to mess anything up. But, yeah. If you go to the page for this course, you'll be able to see the handout. And then for those of you live, it's in the chat. But I gave like a mock up of what the poster board would look like, I just had the days of the week at the top and then the times that students weren't in school as another column. And then I would just make sure that the slots were big enough for the sticky note. And if I had smaller increments of time, I would just cut the sticky note.

And one thing that I tried to do was I would try to group students in the same classroom, but if that didn't work, like if I needed to group across classrooms, I just made a note on the template letter saying so-and-so is coming with the student from so-and-so's class, connect with her before the party to pick a time. And I did that several times, and that always worked out well. They just had to share that sticky note and it worked fine. They were able to figure it out. And they're typically in the same grade level, so they had similar schedules. And because I'm right there, we can do some troubleshooting. Like, I've never really had to do much troubleshooting. It was always really smooth. But that could ... We can figure it out. We're problem solvers. But yeah. Then the template just includes a letter that you can send to the teachers.

There's one that just tells them what's going on, and then there's another one that has more detail. I usually send that like a couple of days before the scheduling party. Like I will notify them as soon as I know that I'm doing it. I'll send out that notification, and then I'll follow up with their actual student's names and groups because it takes a little bit of time for all of that to fall into place. So, that's how that works. And it takes me ... I don't know, because I don't really count the time of pulling together my caseload because that's something that I would have to do anyway to get prepared. But it takes me ... Like I always use the same poster board. So I drew it once, and then I reused it year to year. And then it takes me a couple minutes to write out the sticky notes, and figure out who I want to group together.

And I do that after I look at the student's goals, and kind of look at what makes sense and then ... Yeah. Then I put that together. The teacher picks the time that makes the most sense to them, and we're done. So that's how that works. Let me know if you have any questions, and then I'll just do a quick recap. So it's four step process for scheduling. First, create the poster board. Dry it out, make sure the sticky notes fit. The second thing is to create your groups and write the student's names on the sticky notes. And then I give those to the teacher when they come to the party. Then the third thing is to send out those invites just so they have time to prepare and bring their plan book and make sure they can be there. And then the fourth thing is to have the party and schedule out, and the teachers mingle and put their spots on, and then it's done. So that's the process. 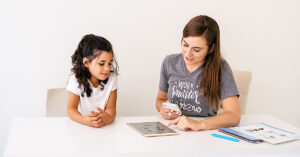 #91: A Quick Review of Informal Assessments for Narratives 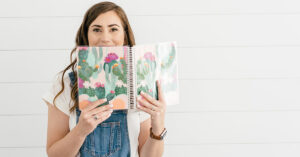 What We Wish We Knew Before Our Clinical Fellowship (CF) 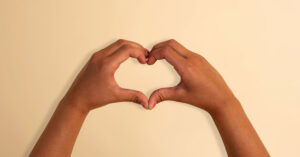 #023: Techniques for SLPs to Improve Communication with Teachers