#120: A Crash Course in Sensory Strategies for the SLP: Levels of Arousal

This Week’s Episode: Understanding the different Levels of Arousal

This month I have had the pleasure of chatting with Jessie Ginsburg. Jessie is the founder of Pediatric Therapy Playhouse, a multidisciplinary clinic in Los Angeles. She’s also contributed in a bunch of publications. You’ve probably seen her in the ASHA Leader.

So far in the series: Crash Course in Sensory Strategies for the SLP, Jessie has set us up with a strong foundation on why it is important for SLPs to understand sensory processing.

Last week we chatted about the SLP’s role in implementing sensory processing in the speech room and how it is OK to decrease demands and focus on regulation.

I’m really excited to continue to conversation with Jessie. This week we discuss the different levels of arousal and how to find a balance so that the student can become regulated and feel safe and regulated.

✓ Sensory Preferences Assessment is a good place to start, but not the end all, be all
✓ Often refer to OT if a student is dysregulated but SLPs can work on this too!

How SLPs can work on dysregulation in the speech room

✓ Look at the Level of Arousal – many kids are not at the optimal level (needed for language)
✓ Figure out where the student is at
– Are they high energy?
– Are they passive, low affect, slow?
✓ Come in with the opposite level of arousal and create that balance

Marisha : Hello there, and welcome to the SLP now podcast, where we share practical therapy tips and ideas for busy speech language pathologists. Grab your favorite beverage and sit back as we dive into this week's episode.

Marisha : Hey there, it's Marisha, and today we are continuing our series on sensory strategies, with Jesse Ginsburg. In episode 118, we talked about the why, and 119 talks about the SLP's role in sensory strategies. Episode 120 talks about levels of arousal, and episode 121 talks about the optimal learning zone. If you're listening a little bit later in the series, definitely head back to 118 to get a really nice foundation, before we dive into the other areas. If you want to access the resources for any of these episodes, you can go to SLPnow.com/, and add in the number of the episode. SLPnow.com/118, or /119, and that's the easiest way to access those resources. Without further ado, let's get back to the content.

Jesse Ginsburg: Absolutely. This is one of those things that I learned very early on. I learned this when I was an SLP assistant, and it completely transformed the way that I looked at kids. As I went through grad school and internships, I could not believe this was not something that was really taught to SLPs. I think what happens is, a couple things. One is that, when people want to start integrating sensory strategies, they're like, "I know what I'll do: a sensory preferences assessment! That will solve all my problems, and I'm going to get all the information I need." Which, don't get me wrong, I love a good sensory preferences assessment. That is definitely part of my program and what I teach. It's not the end all be all. Knowing what a kid likes or dislikes is not the end all be all.

Jesse Ginsburg: The other thing is that, there are such limited resources, we feel like there are at least. When we have a kid who comes into our session dysregulated, the only thing we can think of to do is refer to OT. "Send him to OT, and then he'll get his OT 30, 60 minutes a week, and then he'll be regulated all the other 23 hours of the day," which we know is not the case. There have to be ways that we could work on this ourselves, too. One of the ways that I started to learn to look at kids, which I had learned through co-treating with OTs many years ago, was to look at the child's level of arousal. What we see a lot with our autistic kids, because research shows between 69% and 95% of autistic adults have sensory differences, that means that we need to be really competent in understanding it and what we can do.

Jesse Ginsburg: Our job is to figure out where that kid is, and just by describing the Tigger and Eeyore, you and anyone listening could probably think of some kids right off the bat that they see. In the ASHA article that I just wrote, this last November is when it came out. I talked about this true story, and I feel like we all have stories like this, but I have this little girl I used to see Thursdays at 4:30 PM, and it was the last kid of my day. I would always sit there, waiting for her to barge through the door. We have an electronic check-in, but they never got to do that, because she would zip right into the clinic. She would get into my food leftovers on my desk, start taking bites of things that I've had out since lunch, or coffee, whatever it is. Climb my bookshelf. She was always looking to get this pink kinetic sand, which is the biggest nightmare in the world to clean.

Jesse Ginsburg: That was always her goal, was to get to the top shelf of the bookshelf, where I keep the pink kinetic sand. It was this session where you can imagine this little girl has such a high level of arousal, and she would come into sessions, and I would immediately be dysregulated. It's hard and stressful to keep up with a kid who has such a high level of arousal, or it can be. I put so much pressure on myself, I was like, "The only way I'll engage her is if I out-fun her. I have to be more fun. I have to have more energy. That's the only way I'm going to get her to engage with me."

Jesse Ginsburg: I learned the hard way that, that was the complete opposite of what I should have been doing. What we want to do, in reality, when a kid has a high level arousal, we want to come in and be more of a calming source for them, so that we could bring them down to a more optimal level. It's very counterintuitive to come in with the opposite level of energy than the kids we see. The same thing goes for kids who have low level arousal. If they come in and they're calm, we tend to feed off their energy, and we calm down and chill out too. In reality, they really need some more alerting, exciting, high energy type of inputs, to bring them up into their more optimal level of arousal.

Marisha : Yeah, that makes a lot of sense. Have you had any examples where maybe it's not as obvious if they're at the high or low levels, or is it always pretty easy to tell else?

Jesse Ginsburg: Kids can definitely have a mixed level of arousal. I get that question a lot. I find that kids have a baseline, to tend to be toward one or the other. I think the biggest thing that might trip people up is that they might picture a kid who is low arousal just sitting there, like a bump on a log, when that is how a kid with low arousal will always present. Will they sometimes? Sure. For other kids, they might have a low level of arousal, but they're still moving around a lot, but it's more of a wandering, slow, aimless type of moving, from what I normally see with my kids, rather than this high energy, going between activities really quickly, moving really quickly.

Marisha : Yeah, that makes sense. The lower level is, we'll probably still see movement, not a bump on a log, like you said, but it's more slow and aimless. Whereas, the high energy will be moving through activities really quickly.

Jesse Ginsburg: Yeah. If you think of our lowest level of arousal, which we all go through different levels of arousal throughout the day, is usually when we wake up. We're sleeping, that's us completely zoned out, versus the highest level arousal we would be in is more of this fight or flight type of response. We tend to be a lot more anxious when we're at the top, really high level of arousal.

Marisha : Thanks for listening to the SLP now podcast. If you enjoyed this episode, please share with your SLP friends, and don't forget to subscribe to the podcast to get the latest episode sent directly to you. See you next time. 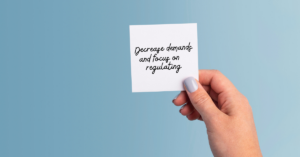 #121: A Crash Course in Sensory Strategies for the SLP: The Optimal Learning Zone 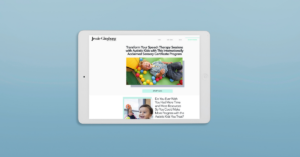 #119: A Crash Course in Sensory Strategies for the SLP: Our Role 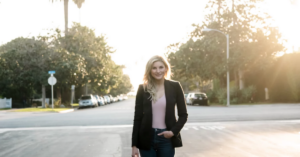 #118: A Crash Course in Sensory Strategies for the SLP: The Why